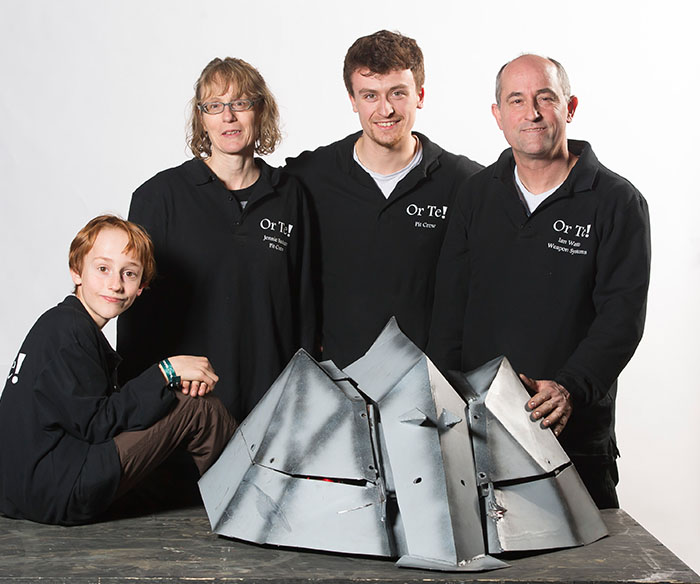 Bio –  Orte was built by Ian Watts for entry into Robot Wars season 1/8 (2016). Orte was initially kept as a reserve but ended up in the main competition.

What made Orte Unique? – Apart from being the spiritual successor to Bigger Brother, Orte is equipped with the same massive ram that powered bulldog’s flipper, a 100mm wide plunger, a 150mm horizontal length and walls on average 30mm thick.

Where is the robot now? – In Ian Watts’ living room.